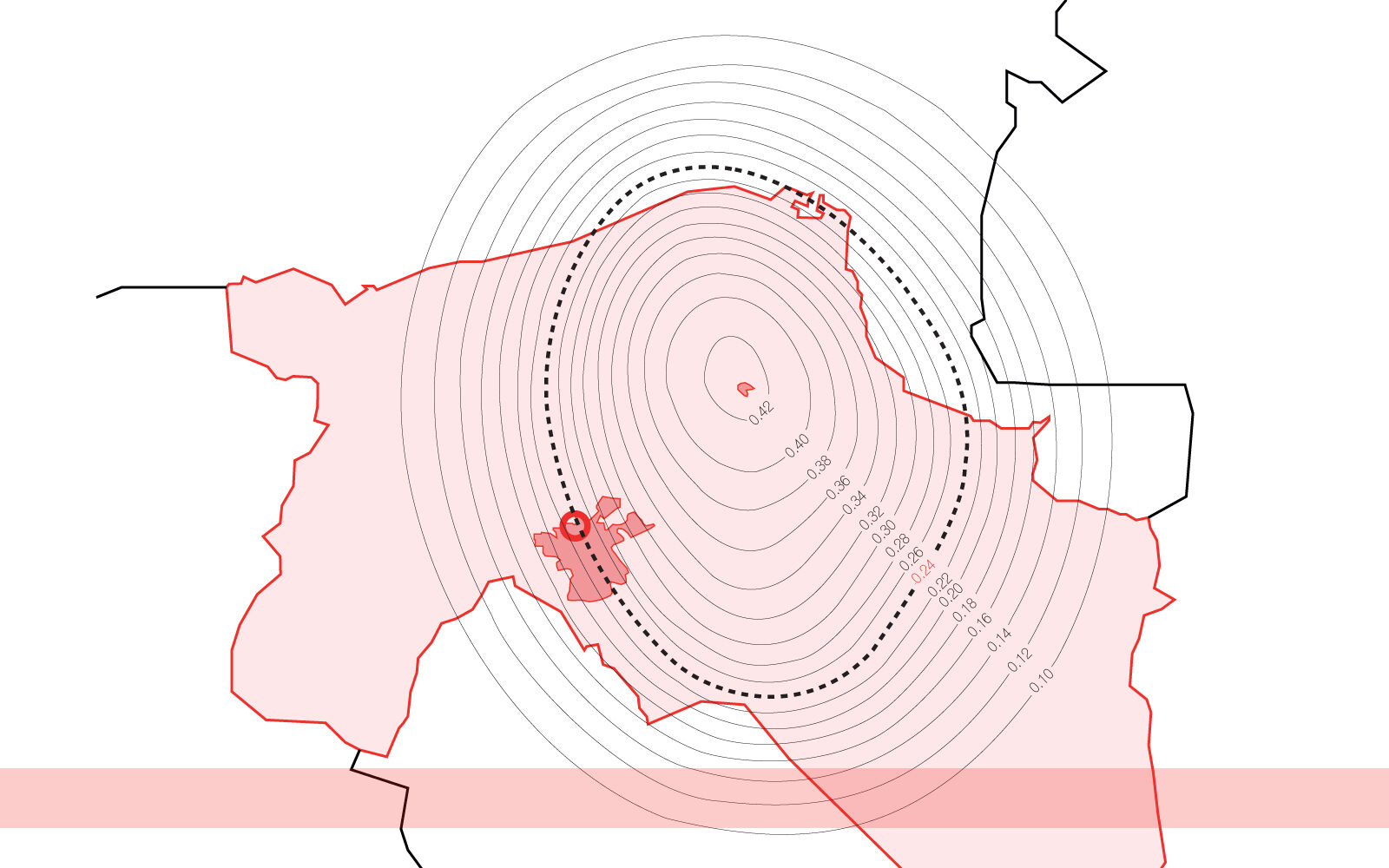 Monday afternoon 14:00h, January 8th, 2018. Groningen is hit by the heaviest earthquake in six years. Just after lunch, when everybody is going back to work. It’s the sixth earthquake in a month’s time, but this time the tremor with 3.4 on the scale of Richter is even felt in the city centre of Groningen 20km away. A total of nearly three thousand damage cases are reported. Just in a year’s time -May 22nd- Groningen has to experience nearly the same again: an earthquake with a force of 3.4 shakes the province in the early morning hours. 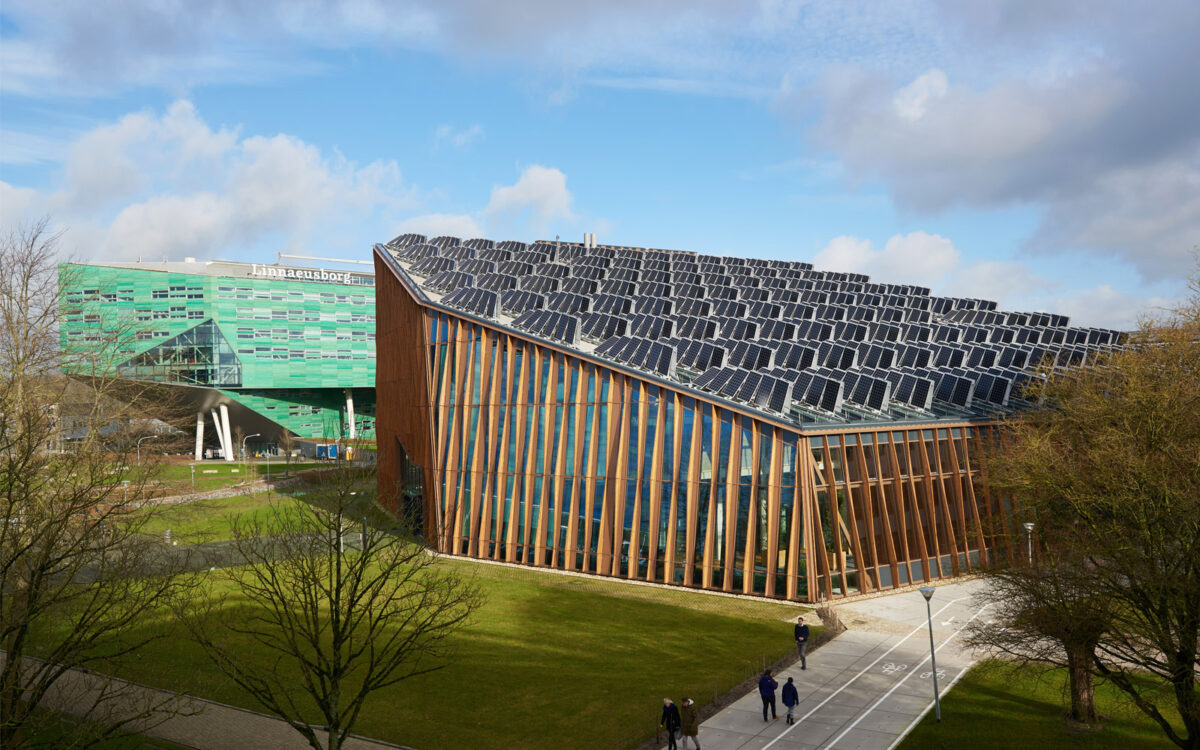 The earthquake of 2018 acted as a wake-up call for the government, which had taken far less actions than was previously demanded by the people of Groningen. After large-scale protests in Groningen and The Hague it was decided to reduce gas extraction by 50% and minister Wiebes went to visit the areas affected. The importance of earthquake-safe construction was once again emphasized: Zeerijp had become a tipping point in the public debate.

Groningen – Small earthquakes or not? 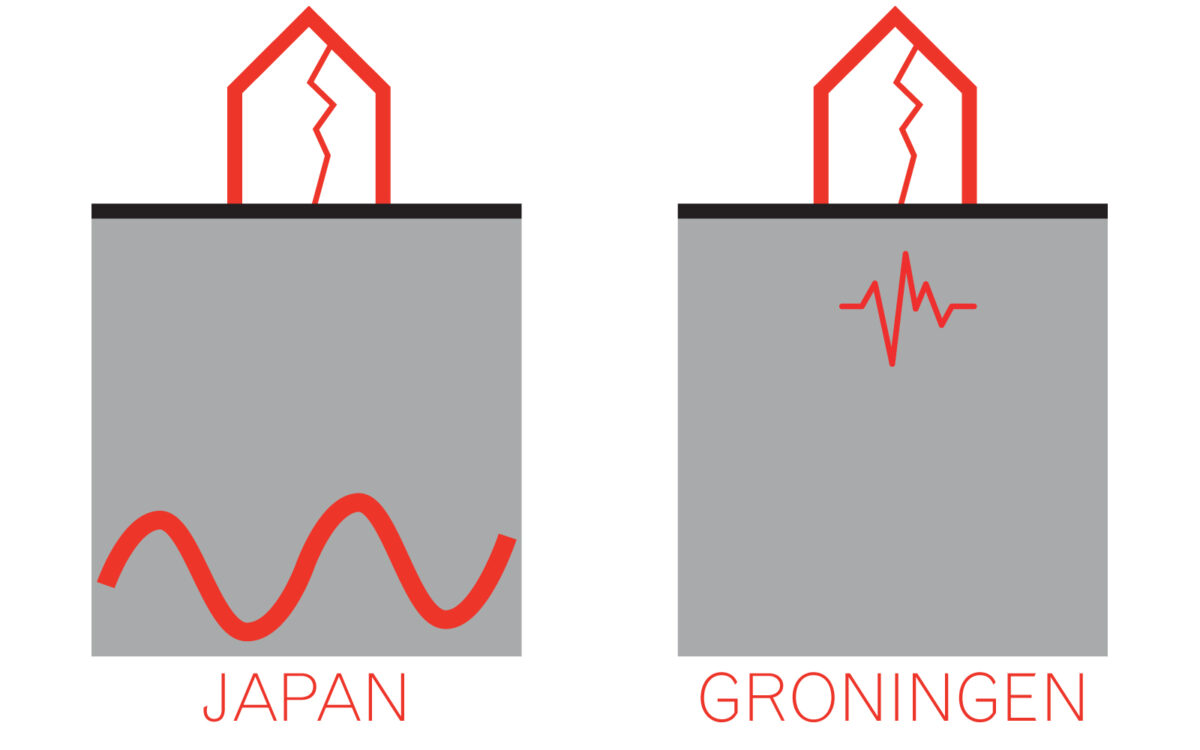 You might be wondering why an earthquake with a force of 3.4 on the Richter scale is actually any issue at all – after all, we hear about far stronger earthquakes of 7, 8 or even 9 all the time. Why would such a small tremor be such a big issue in Groningen then? This is exactly the unique point about the Dutch earthquake issue: tremors occur at shallow depths, which makes them equal to earthquakes of 7 or 8 in other parts of the world. Besides, Dutch buildings were never designed to resist them, as the earthquake issue has only become apparent in recent years. A Dutch norm for earthquake-resistant construction (NPR 9998) has been only available since 2017, while Eurocode 8 on seismic construction was not even available in Dutch. 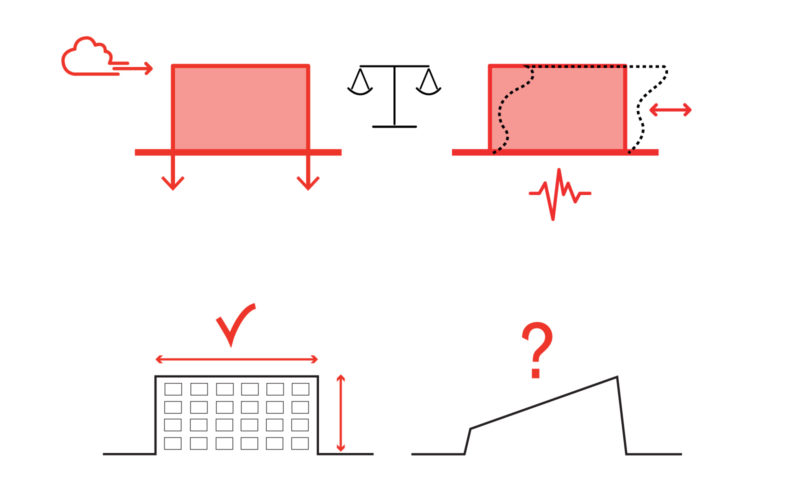 “During construction of the Energy Academy Europe we therefore had to work with the concept version of the NPR 9998”, says Aldo Vos, architect-director at Broekbakema. “After finishing the Detailed Design we had to adjust it again to make our building earthquake-safe. That is how we were one of the first parties to make a large public building earthquake-safe according to Dutch regulations.”

With these adjustments the Energy Academy Europe did not only become the most sustainable education building of The Netherlands, but also an earthquake-safe one. The biggest change in the design was on how structural stability is provided. “The stability is provided by seismic elements that enable the structure to take all deflections during an earthquake. That is why other building elements are not allowed to add any rigidity to the building” according to the report of Wassenaar structural engineers. So not resisting an earthquake, like we usually do, but moving with it. That was especially important in the case of the Energy Academy Europe, which does not have a regular shape and therefore acts less predictable during an earthquake. 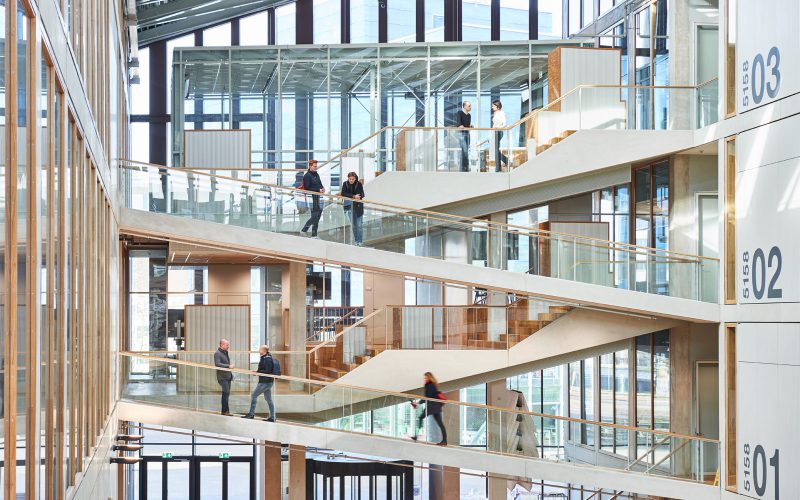 The fully concrete and rigid structural cores were therefore changed to six shear walls that act very predictably during earthquakes. The slanting columns on the north facade were straightened and the two wings of the building were joined structurally, rather than separated. “The walking bridges that connect the two wings are therefore not just bridges, but also structural connections”, says Aldo Vos. The whole ground floor of 75x55m was even made without joints for that reason. 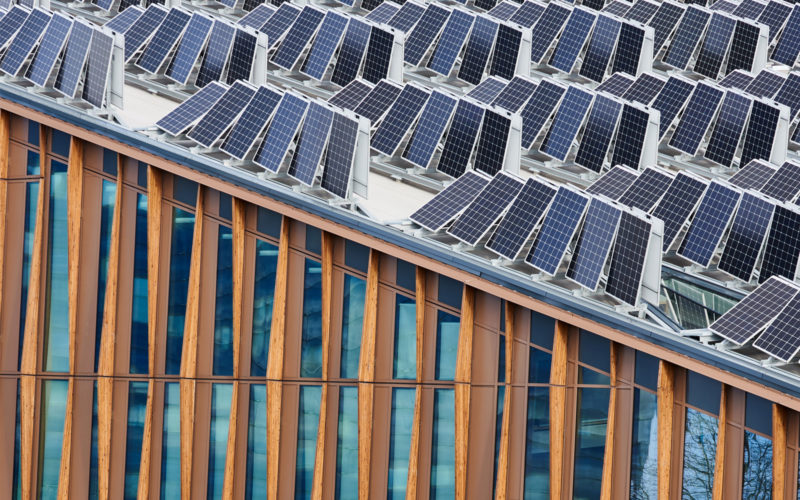 One of the biggest changes also occurred on the facade of the Energy Academy. It was first conceived with heavy concrete lamella’s on the outside. This was quickly changed to a wooden facade with far less weight, exactly the thing needed to get out of an earthquake unscathed. The traditional stick system curtain wall was also left behind; it was too stiff and not guaranteed to stay wind and watertight after an earthquake. In the end an aluminium unitized wall with external wood lamella’s was designed with locally-sourced wood; Staatsbosbeheer was able to deliver the wood for all window frames and lamella’s from FSC-certified Dutch forests. 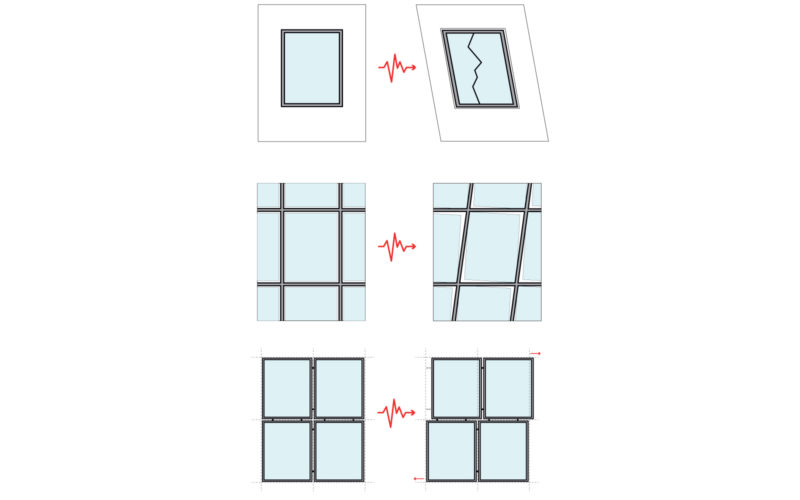 The detailing of the unitized facade had to be conducted carefully. Each element was allowed no more than 40mm of horizontal deflection and had to take a rotation of 0.6 degrees. That seems like very little, but it did mean that each element had to be checked to see if it remained within tolerances. This was not just the case for the facade either: also the large wooden window frames overlooking the atrium had to be calculated for all tolerances.

The Energy Academy Europe is not the only earthquake-safe building that has been designed by Broekbakema. The Energy Transition Center (EnTranCe) at five minutes walking distance has also been designed and built according to similar principles. EnTranCe is the testing ground for the energy transition and has an innovative climate concept with a raw climate that surrounds the main working spaces. This way Broekbakema has been able to not only design two unique buildings regarding energy performance and climate concept, but also regarding earthquake safety.

This is because we believe in sustainability that is also really sustainable. Broekbakema is therefore registered in the BNA Witboek voor Aardbevingsgebieden and is part of the Architectenpool Groningen. By such we demonstrate that we can execute designs in earthquake areas professionally and have the knowledge and expertise to stand side by side with the people of Groningen. Broekbakema believes in the power of nature and respects these powers as base for all our designs.

Would you like to know more about the Energy Academy Europe? Read the detailed case here.

Download the PDF if you would like to read more about the earthquake-safe measures we took for the Energy Academy.

We are proud of the fact that our clients identify themselves with our architecture and working methods. Our portfolio consists of exciting projects: from small redesigns to complex new buildings and complete master plans. We are known for designing high standard environments for education and research and for transforming monuments; for our involved collaboration and our self-evident use of sustainability measures in our designs and for our extensive experience with an integral collaboration process.